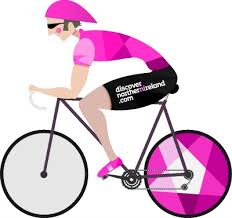 Giro d’Italia 2014, the world’s second largest cycling event began in Belfast on the 9th of may 2014. It toured through the Republic of Ireland on Sunday 11th of May. This Grand Tour that was famously won in 1987 by Ireland’s Stephen Roche, and whose son Nicholas took part in it, saw some of the world’s best cyclists race 187km from Armagh to Dublin. This offered a fantastic opportunity to experience and photograph this wonderful carnival atmosphere of sporting extravaganza. Also an excellent opportunity to print your own action photos on your home printer economically using compatible ink cartridges in Dublin. Professional and amateur photographers alike were out in force to capturing some of the most breathtaking action many of which appeared in the tabloid daily’s the next day. Images printed on glossy paper will give the best results. Opting to print your pictures as ‘best photo’ will give great images but use more ink than normal as the coverage is more intense. Finding printer ink in Dublin during the Giro d’Italia may have proven to be a difficult task as several of the city center roads and many businesses were closed as they enjoyed the action.

This was a great chance to enjoy the festivities and cheer on these world beaters on two wheels as 200 of the best cyclists in the world fought it out for the much coveted pink jersey through the streets of Dundalk, Drogheda, Malahide and Clontarf before they race to the finish line in Dublin’s Merrion Square! Huge crowds were present in the city centre, the thrills of a close finish, mixed with the wonderful flavours of Italian food and drink at the Giro Fan Park and the Irish Cycling Show, there was loads of fun for the whole family!

Where could you have seen the GIRO:

There were plenty of great viewing points along the route giving you the opportunity to get up close and personal to the world’s cycling greats with your camera.

The advertising caravan that precedes the race is a long held tradition of the Giro d’Italia. There are official stops where the caravan will stop and hand out promotional items in Dundalk,
Drogheda, Balbriggan, Malahide, and Dublin.

Many people celebrated the arrival of the Giro d’Italia. Local businesses and communities had put special celebrations along the race route. In Merrion Square, Dublin on Saturday 10th and Sunday 11th, the Official Giro Fan Park took place that included the Irish Cycling Show.

Click Here to Get Multipack Offers for Ink Cartridges in Dublin

Paul Johnston is a Partner and co-founder of Printerinkcartridges.ie.
Paul had vast experience gained in the graphic design and print industry for 15 years prior to his venture into on-line retailing in 2010 with ink and toner replacement cartridges. Paul enjoys writing blogs, social media for small businesses, internet marketing and above all sharing the latest information he deems helpful to fellow bloggers.